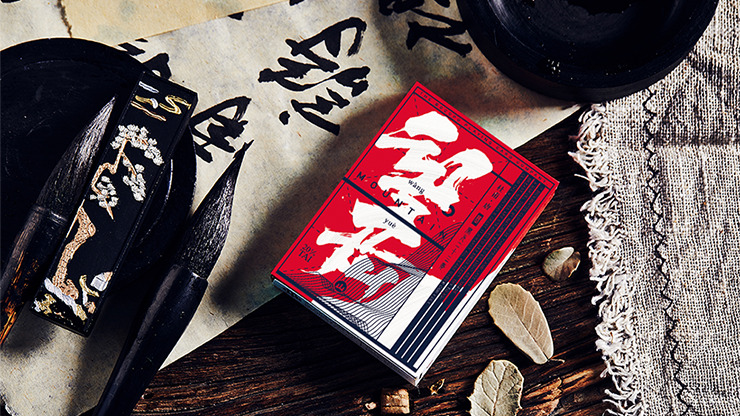 The inspiration for the Gazing on Mount Tai deck comes from the well-known Chinese ancient poetry: Gazing on Mount Tai, which is composed by the famous poet Du Fu in Tang Dynasty (618 – 907). The design of the deck is based on Chinese traditional calligraphy, it reveals the sense of pride in the Chinese culture of the young generation. The deck will also guide you to enjoy the unique Chinese fashion.

Traditional calligraphy, ancient poetry, and Chinese characters are the fundamental elements of distinct Chinese art styles. This deck combines the interaction among these fundamental elements with the elegant lines and structures as well as the finery embossing and foil, it will definitely become an artistic and graceful collection.