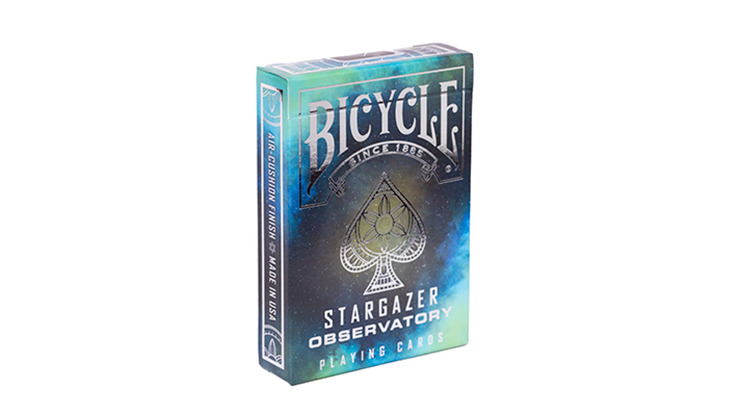 The Starlight Lunar deck was originally released June, 2016 and sold out within 30 days This re-print has a limited print run of 2376 decks and a Special Limited Print Run Seal. Get one now before they are all gone once again!

The fourth edition in the Starlight collection comes Bicycle Starlight Lunar! The moon is a very symbolic object so we decided that it needed its own deck in this highly popular series. Produced by CPC and printed by USPCC.

The mystical twilight of blues and purples swirl around the bright spherical moon. It is a stunning glow that pierces through against the pitch black backdrop.

The courts and numbered cards are a bright white light that sit on a cratered back graphic. All the cards stay true to the original Starlight design. To add to the mystique and differentiate from the different pips we added a red glow to the hearts and diamonds.