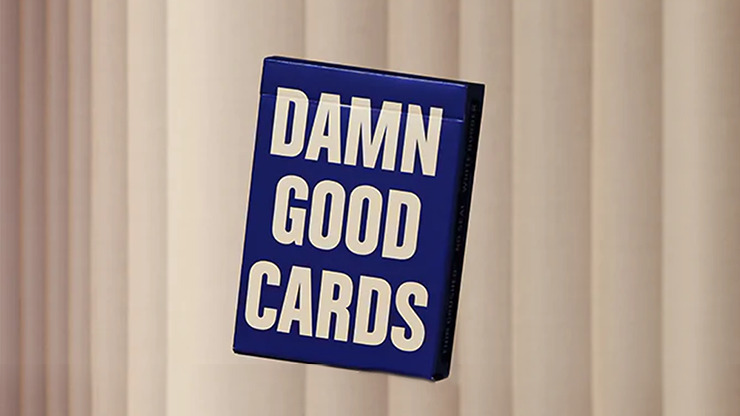 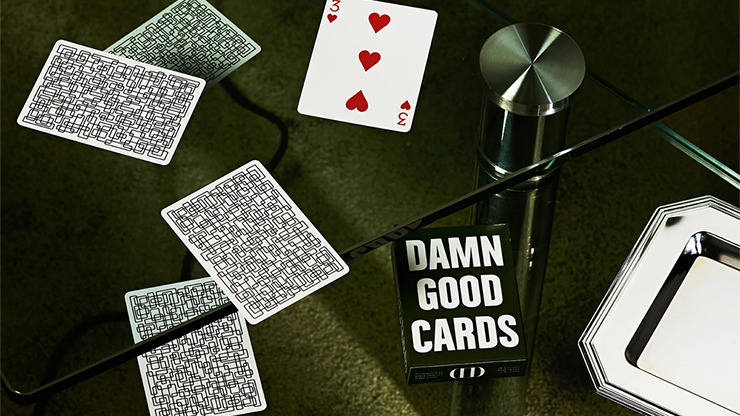 Finally, an affordable deck for those serious about cards. Whether you’re a practicing cardist or professional Magician our line of Damn Good Cards features tasteful designs printed on our beloved Thin Crushed® Stock for a superior handling experience.

56 regulation poker-size playing cards with standardized faces, white borders, and no seal. Printed in the USA on FSC certified paper.

Limited and affordable, with new designs released regularly. Choose your favorite, or collect them all.

Inspired by classic mid-century graphic design, our series of Damn Good Cards feature a colorful collection of bold patterns to enrich a playful quality when in use.

Printed using our preferred speciation by the U.S. Playing Card Co. with white borders, thin crushed stock and no seal on the tuck box.

Designed and made for those who use cards everyday. Premium cards at an affordable price.

What makes these cards so damn good anyway?

Playing cards didn’t always have white borders. We’re not exactly sure of the history, but at some point, it must have been a design feature to help distinguish or quickly count a run of cards. Today, nearly all playing cards have a border. For Card Magic, borders can help conceal various sleight-of-hand techniques, whereas, for cardistry, it does the opposite and functions as a visual separator to embellish the movement of cards in a flourish.
Historically, many playing card designs are confined inside a white-bordered frame, thus cropping or limiting the design to a pre-defined aspect ratio – a rectangular box. For Damn Good Cards, we thought it would be fun to create designs that are neither cropped nor confined within this box. Instead, each design creates its own natural border. In doing so, a seamless design carries on from one card to the next, thus providing a sense of unity where the entire deck acts as a singular design cut up into 52 symmetrical blocks.

Thin crushed stock was not a feature of the U.S. Playing Card Co. that was offered until 2013 when we suggested that they replicate the thin quality of STUD playing cards which were printed on a thin paper stock no longer available. The idea was to “crush” traditional Bicycle paper by tightening the pressure of their embossing machine made of two giant rollers sandwiched around a sheet of card stock. The process was unique and not something the USPCC had explored before. Although risky, we signed a waiver stating that if the machine broke, we’d be liable. To everyone’s benefit, it worked. A thin crushed deck is approximately four to five cards thinner than a traditional Bicycle deck yet retains the same snappy quality.
For the next few years, all D&D and Art of Play decks featured this crushed stock before the market caught on and started requesting the same feature which is now offered by the USPCC as a premium option. After over two decades of using all types of playing cards, we can honestly say Thin Crushed makes for a better handling deck.

Prior to 1964, Uncle Sam required a special tax on the sale of playing cards; therefore, a stamp was issued and used to seal a deck closed. The tradition continued with non-government-issued “seals” and has since become a design feature for custom playing cards. We ourselves have been known to embellish this feature with lavish designs featuring custom shapes and embossed foil accents, but for Damn Good Cards, the thought of keeping the box clean and simple felt right. A seal can be difficult to open and, once removed, can leave a sticky residue on the box or unintentionally fall off over time. Apart from esthetics, a seal provides no value and therefore is not necessary for these cards.