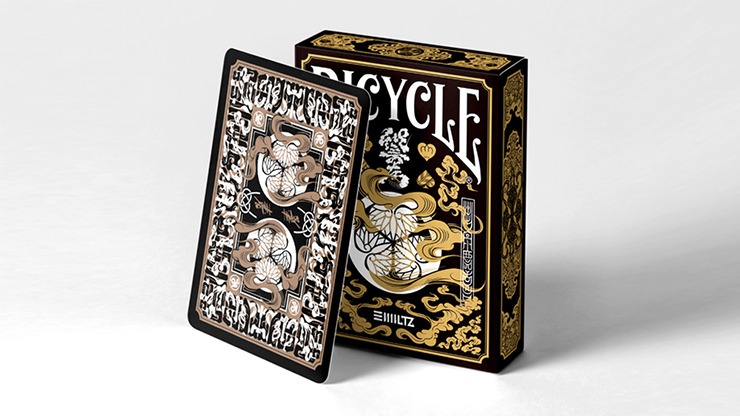 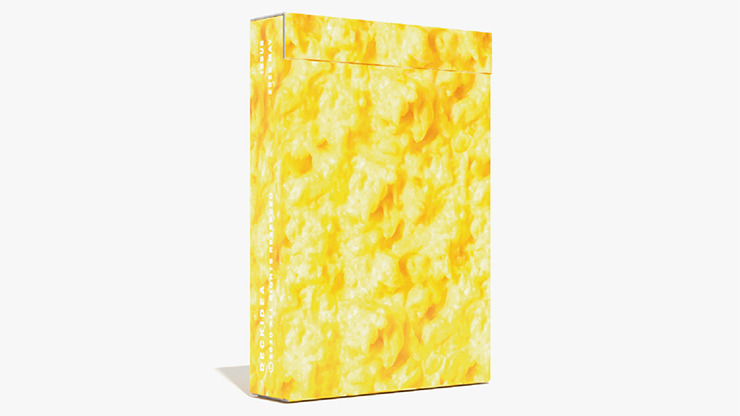 Edo Karuta Playing Cards explore something different – street graffiti. Flagrant Agenda started off with interested in street culture, particularly graffiti and how it can be use as an medium to make a point.

The aesthetic mainstay of Edo Karuta is the ubiquitous Edomoji, Japanese typographic and lettering styles that were invented and vastly popular during the Edo period. They are primarily used for advertising and branding in the various trades that sprung up during the prosperous epoch before the advent of modern Japan. You can still see many traditional Japanese brands using Edomoji in their marketing efforts. Walk by any Japanese restaurants and you will bound to see banners with Edomoji written on them. In Edo Karuta,these typographical elements are superimposed onto each other to make up interesting and visually arresting motifs, the signature style of our designer (MILTZ) that we saw in his Shibuya Bluffiti project. You Can see these representations most clearly in our card backs.

The Edo period of Japan was chosen, or shall we say, fallen upon us as the thematic mainstay of Edo Karuta. Edo period can be considered the golden age of pre-industrial Japan. The Pax Tokugawa that was enabled by the unification of Japan by the Tokugawa Shogunate allowed for unprecedented economic growth as well as the flourishing of arts and other cultural pursuits. However, the Edo period was also characterized by isolationist outlook and the cementing of strict societal hierarchy that lead to what some say as a general slowdown of industrialization. The Edo Period ended with the arrival of the external powers that the Tokugawa regime cannot resist which lead to a modernization spur.

The aesthetic and thematic mainstay bring us back one full circle in terms of change. Edomoji symbolizes the merchant class, the beneficiary of the Pax Tokugawa and the catalyst for change due to the upset of the social order – on the surface of the system, all is rosy but change is already set in motion by the actions within the system. Alas, the last straw usually comes from outside the system, in this case, black ships appearing over the horizon.