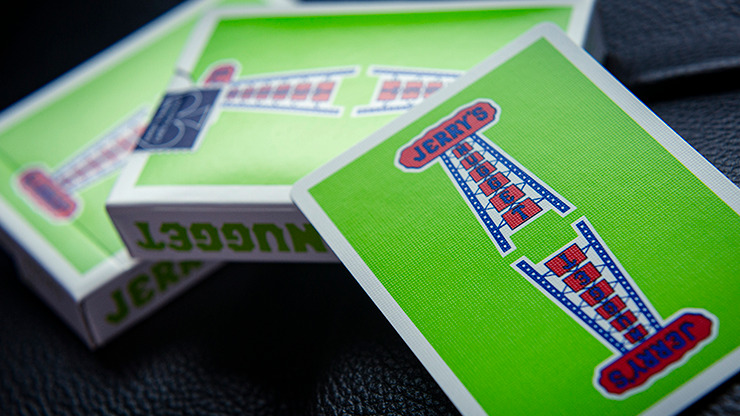 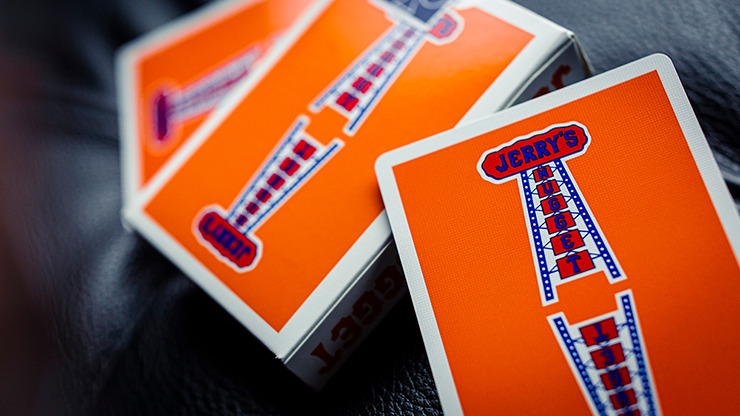 The LIMITED Vintage Feel paper, the traditional cut, and the exclusive JN FINISH will make you swear it is one of the original decks– but at a fraction of the price.

The world’s most iconic deck of cards ever to be created. Now Jerry’s Nuggets Playing Cards are your EVERYDAY cards!

In 1970, Jerry’s Nugget Casino printed what would become one of the most collectible playing card decks ever manufactured by the United States Playing Card Company (USPCC). They made them for the tables but opted not to use them and put them in storage for 20 years! Playing card expert, Lee Asher, recognized the unique quality and feel of these cards and began evangelizing about them. In due course, Jerry’s Nugget playing cards became legendary.

By the fall of 1999, these cards sold out, yet the demand continued to grow. Today, authentic Jerry’s Nugget cards are among the most desirable and expensive modern decks on the market.